After Japan and Australia, BOREALIS lights up the mythical Tower of London.

Throughout the ages, we have attributed countless legends to the celestial phenomenon. Today we can replicate it. BOREALIS is about our ancestral communion with nature and our more recent compulsion to control it. It’s about inspiring shared emotions in the center of a city by creating something magical – something that shouldn’t naturally be there.

Connection
In all of his work, BOREALIS designer Dan Acher uses the city as a playground to create a sense of belonging and community. His installations create spaces where strangers come together and connect. The Northern and Southern Lights have long inspired awe and astonishment ; by recreating their majesty in urban skies, Dan allows city-dwellers to share emotions beyond their differences of origin, race, religion, status, age, gender identity, sexual orientation...

Technology
BOREALIS is as much a work of art as it is a technological performance. High-power laser beams travel through particle clouds to create the illusion. Variations in movement, colour, and density, together with changing weather conditions, give infinite variations. A unique aurora is created each time.

OXSA's musical composition supports the installation, premiered over the Rolex Learning Centre at the Swiss Federal Institute of Technology to mark the opening of the new ArtLab building in November 2016.

BOREALIS is touring around the world, get in touch to have it travel to your city. 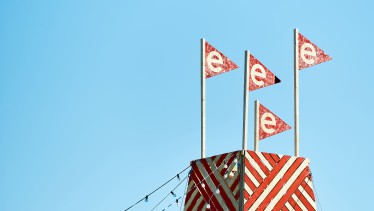 RECLAIM THE WATERFRONT /// In June 2016 Happy City Lab designed a new lakeside space for the City of Geneva : L’Escale. A participative pop-up village designed to encourage people of all walks to… 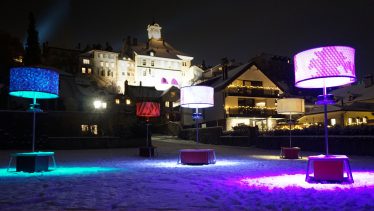 SON ET LUMIERE DELIGHTS /// The old Town of Morat (FR) is transformed from January 11 to January 22 2017 into a great Sound and Light Show. The illuminated streets,…